Pastor Steve Blayer spent his childhood on the streets of New York City, and was rescued by the Lord from a destructive lifestyle in early 1989, largely through the ministry of his future wife, Audrea. They were married two years later, and have since added six children to their household — Benjamin , Nadia , Makailah , Aaron, Anya, and Taiah . Steve and Audrea served the Lord in the Boston area through the 1990’s, under Philip Cappuccio at the Boston Tabernacle as deacons and house church leaders. In 2000, the Lord moved the Blayers to PA, where Steve served as the Family Pastor at Christ Community Church in Camp Hill under Dave Hess.

After seven years, Steve was called and commissioned to pastor Hillside Christian Fellowship, a church plant of CCC. His ministry passion is to help every son and daughter of God rise up to their full potential in Christ, boldly demonstrate that the Kingdom of God has now come wherever they are sent by the Lord, and live a life of increasing zeal for God and His Kingdom. 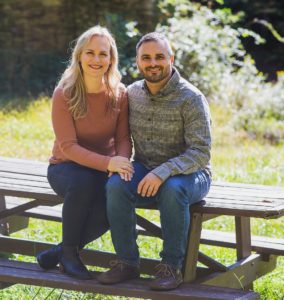 Pastor James had the privilege of growing up in a loving home that truly nurtured his faith in the Lord. His own salvation experience came when he was merely 4 years old but it wasn’t until his late teens when he learned of and experienced the baptism of the Holy Spirit. After that he followed the Lord’s prompting to get trained for ministry and enrolled at Northpoint Bible College (located in Haverhill, MA). While there he met his wife Abbie and they both traveled throughout New England on the college’s music ministry team. Both were involved in leadership in local churches, in the dormitories, and on worship teams. After graduation, James was on staff in the Dean’s office until they moved to Millersburg in the fall of 2009. James and Abbie are parents of two girls and two boys!

James is the Associate Pastor at Hillside. He primarily spends his time overseeing the youth ministry as well as church administration. James is passionate about seeing people who are far from God become connected with His purposes for their lives. 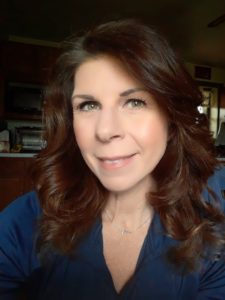 Amber serves Hillside’s family as the Ministry Assistant. She is married to Kris Shultz and has two boys, Tyler and Logan. Amber grew up in the church but found her new Life in Christ in 1998. She and her family attend Hillside since July 2011.

Connecting people to Christ through everyday practical and personal experiences is where her ministry lies. She also enjoys helping in the Children’s Ministry.